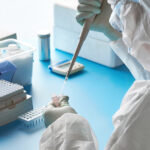 (NaturalHealth365)  In what can only be construed as the latest sign of the impending apocalypse, a Maryland lab is planning a study to enhance the deadliness of the dreaded monkeypox virus.  Making matters worse is the fact that the tax dollars of hardworking Americans fund the lab.

The federal government-funded Bethesda, Maryland lab is planning to develop a hybrid strain of monkeypox that has the potential to prove exponentially more deadly than existing strains.  One must wonder what could be behind such a risky endeavor.

If the scientists at the above-referenced Maryland lab have their way, they will create a hybrid version of the monkeypox virus combining genes between monkeypox strains, potentially resulting in an extremely potent amalgamation that induces severe illness, symptoms similar to influenza, and even nasty rashes.

The experiment is being conducted to gauge whether the mutation results in a potentially lethal combination in the test subjects of mice.  However, there is the potential for the new monkeypox strain to be intentionally or mistakenly released from the lab, similar to how some “conspiracy theorists” believe the coronavirus was deliberately released from a Wuhan science lab nearly three years ago.

What could possibly go wrong with such Frankenstein-like experiments?

Let’s shift our attention to what matters most: the “why” of the new monkeypox experiment.  The Maryland scientists are using taxpayer dollars to gauge whether a mutated combination of monkeypox strains proves more lethal to determine how specific genes enhance severity.  Analyzing mutations to gauge monkeypox severity is supposedly morally justifiable as it empowers scientists to develop even more effective vaxxes, medications, and other treatment modalities.

Though there is an argument to be made that monkeypox experiments are worth the inherent risk, there is also a chance that vax-makers won’t be able to keep pace with mutation progression, setting the stage for an epidemic that proves lethal.  The federal government should recognize that there is the potential for such Frankenstein-like experiments to go wrong, resulting in the release of the strain from a lab, causing society-wide fear, panic and illness.

The worst-case scenario is the release of the new monkeypox variant from the Maryland facility, creating yet another pandemic that proves even deadlier than the ongoing coronavirus pandemic.

Why is the federal government funding the research?

There is some confusion as to whether rules and laws on the modification of viruses apply to the monkeypox experiment described above. However, rewind to 2018, and a federal safety panel stated the proposed experiment was exempt from additional scrutiny.  The logic in making monkeypox exempt from lab regulations is that it does not qualify as a “PPP,” an acronym used to describe potential pandemic pathogens.

Supposed epidemiology experts who comprise the safety panel insisted monkeypox wasn’t a significant public health threat as it does not spread as quickly or easily as other viruses.  The experiment will exchange what are considered natural alterations as opposed to generating new variants, meaning there was an assumption that the resulting strain would not be as potent as those that already exist.

It is clear that the federal government is hellbent on mutating existing viruses for nefarious purposes.  Therefore, it is up to civil libertarians, justice warriors, and futurists to challenge the power-hungry government-funded research teams, preventing what might turn out to be extinction-level events that take the form of lab-altered viruses.

(NaturalHealth365)  First, it was menstrual problems, and now, it’s current and future END_OF_DOCUMENT_TOKEN_TO_BE_REPLACED