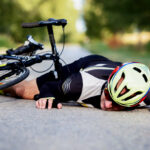 (NaturalHealth365)  Those who have paid close attention to professional and college sports in recent years have noticed an uptick in athlete deaths.  More specifically, a growing number of athletes are dropping dead of heart attacks and other heart-related disorders.  The question begs: what is causing some of the world’s top athletes to pass away prematurely?

The official statistics on athlete deaths since the start of 2021 show a massive spike in deaths among members of this cohort compared to the annual number of deaths of athletes between 1966 and 2004.  The average number of athlete deaths between January 2021 and April 2022 is up by a shocking 1,700%.  It is even more alarming that the numbers reveal an emerging trend that hikes the percentage increase of athlete deaths up beyond 4,000%.

Rewind to March of this year, and the number of athlete deaths was three times that of the previous year’s average. 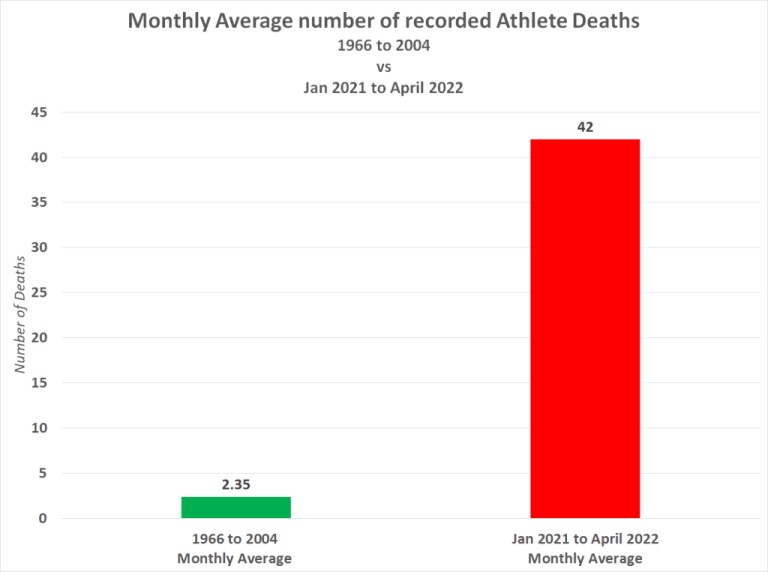 The University Hospital of Lausanne in Switzerland conducted a scientific study within its pediatric cardiology division back in ’06.  The study showed that athletes younger than 35 suffered slightly more than 1,100 deaths in recent years than in the nearly four decades noted above.

Is the bump in deaths to be expected?

The rise in athlete deaths dating back to the administration of the coronavirus vax in January 2021 is unexpected and out of the ordinary.  The total number of athlete deaths in 2021 is just under 400, equating to a 14 multiple of the number of average deaths between ’66 and ’04.  From January to April, 279 deaths occurred, equating to nearly 10 multiple of the average yearly death total in the years between ’66 and ’04.

All in all, the first seven months of the year have been characterized by an athlete death total of about 10 times higher than the average rate.  As a result, it is fair to question whether the significant increase in athlete deaths, especially among those age 35 and younger, is the result of the COVID-19 vax.

When will doctors, researchers speak up and admit the “safe and effective” narrative was a lie?

Though the scientific community has gone to great lengths to tout the COVID-19 injections as “safe and effective,” data shows quite the opposite.  Simply put, the shots have caused tremendous harm, do not stop the spread of the virus, nor do they prevent hospitalization or death, especially in vulnerable populations.  Considering all the inconsistencies in official messaging, it is not surprising that many believe that the shot is nothing more than an experiment and that those who received it were guinea pigs of sorts.   As each day goes by, more data proves that the COVID-19 jabs cause damage to the heart, immune system, and possibly several other organs.

In addition, a recent study that analyzed nearly 600 patients who received the Moderna or Pfizer vaxxes showed signs of a higher rate of cardiovascular damage after the second jab.  The study shows the risk of significant coronary issues and heart attacks increased by more than 100% following the administering of the jabs.  The vax likely contributes to or directly causes cell damage and inflammation, compromising cardiovascular health in even the healthiest and fittest individuals.

What do you think … are all these deaths just a coincidence or not?

(NaturalHealth365)  Has the international public health crisis gone from the viral disease, END_OF_DOCUMENT_TOKEN_TO_BE_REPLACED

(NaturalHealth365)  As you may know, SARS-CoV-2, the virus that causes the sickness END_OF_DOCUMENT_TOKEN_TO_BE_REPLACED

(NaturalHealth365)  Ever since the U.S. Food and Drug Administration (FDA) gave the END_OF_DOCUMENT_TOKEN_TO_BE_REPLACED