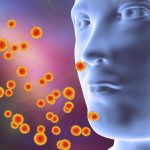 (NaturalHealth365)  Would you take a hastily mass-produced drug whose effectiveness at protecting you from a disease (which already has an incredibly low likelihood of seriously harming or killing you) declines significantly after just a few months?  Would you take a drug – made by the company that paid the largest criminal fine in history – absent any sufficient long-term data on the drug’s safety?  Do you think COVID shot mandates are fair even when the makers of the drug (and the employers requiring it) are not liable for any damages caused by their highly profitable drugs?

Medical freedom advocates argue that since these questions ultimately pertain to personal medical decisions, then individuals must reserve the right to answer these questions for themselves, absent coercion or threat of force or job loss.  And at this point in the pandemic, if there’s one thing for certain, it’s that questions surrounding COVID-19 (and the jab intended to prevent) remain widespread.

There is still much to be learned about the long-term safety and efficacy of the COVID shot – yet U.S. officials go full steam ahead on mandating it for adults and children

As reported by Nature, a recent preprint study suggests that people who are “fully” jabbed (two doses of the COVID shot) are less likely to pass the virus to close contacts.  Although that notion is being strongly questioned by medical experts like, Peter McCollough, M.D.

In addition, the shot’s ability to supposedly “prevent” the spread of SARS-CoV-2 to close contacts declined just three months after a person’s second jab, the study says – and the protective effect was relatively small, to begin with.

This corroborates another recent study published in The Lancet, which found that the Pfizer mRNA shot was a mere 47% effective at preventing infection 5 months after the second dose – a steep fall from an alleged 88% efficacy within one month following the second dose.

If this decline in so-called efficacy happens so quickly and so significantly, can we assume the same level of rapid decline among booster shots?  If so, are we destined to require COVID booster shots indefinitely?  Do you think adult vax schedules and ever-increasing medical mandates are where we are headed as a global society?

These questions are yet to be answered – yet public health officials continue to push ahead with widespread jab mandates.

Meanwhile, the U.S. Centers for Disease Control and Prevention (CDC) insists that people who are fully jabbed are “8 times less likely to be infected and 25 times less likely to experience hospitalization or death,” based on available data.  Honestly, between you and me, there are just too many reasons to be suspicious of the CDC.

We also continue to see inconsistent trends in COVID cases as they relate to jab rates. In June, for instance, the Washington Post reported that areas with low jab rates were seeing increasing numbers of COVID cases.  Yet an October 3 report from AP News shows the opposite: there is reportedly a “surge” in COVID cases within New England, despite the fact that this region has some of the highest vax rates in the country.  (The world has also witnessed serious COVID cases surging in highly vaxxed countries like Israel.)

In the October 3 AP News article, Tom McCarthy, executive director of the Rhode Island Department of Health COVID Response Unit, says he believes jab rates must “be more than 90%” to provide “true population-level protection.”  But given what we know about the waning efficacy of these shots, how long exactly would this hypothetical “true population-level protection” even last?

Perhaps the point we are raising here is that there is a lot of back and forth in the science right now surrounding this pandemic, especially surrounding the ability of these jabs to actually prevent the spread of the novel coronavirus.  With this in mind, making widespread public policies surrounding new drugs (which are still in clinical trials) seems like an unethical choice.

(NaturalHealth365)  Since the late 1980s, the number of petitions filed with the END_OF_DOCUMENT_TOKEN_TO_BE_REPLACED

(NaturalHealth365)  One of the big talking points of mainstream media, MD influencers, END_OF_DOCUMENT_TOKEN_TO_BE_REPLACED

(NaturalHealth365)  Are we surprised at this point?  Breaking news from the U.S. END_OF_DOCUMENT_TOKEN_TO_BE_REPLACED