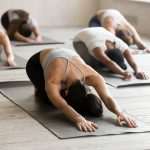 (NaturalHealth365) High blood pressure is rampant in the United States, affecting nearly half the adult population. Also known as hypertension, high blood pressure is a major risk factor for life-threatening heart attack and stroke. In fact, the Centers for Disease Control and Prevention (CDC) reports that close to 500,000 Americans lost their lives in 2018 alone due to hypertension as a primary or contributory cause.

Modern medicine attempts to treat high blood pressure with an array of pharmaceutical medications. But these can cause unwanted side effects, including fatigue, coughing, dizziness, anxiety, headache, and weight gain. Clearly, there is an urgent need for natural, drug-free methods of blood pressure control. Now, a new study shows that “hot yoga” may hold the key. To learn more about the blood pressure-lowering effects of this ancient practice (with a new twist!), read on.

Practiced for thousands of years, hot yoga offers an abundance of health benefits

Indian yoga, a system of physical postures, breathing techniques, and meditation, has existed for over 15,000 years. Over the last few decades, yoga has enjoyed a surge in popularity in the United States for its ability to reduce stress, increase strength, promote emotional equilibrium, and support flexibility.

The concept of “hot yoga” refers to yoga that is practiced under hot, humid conditions – with room temperatures generally hovering around 105 degrees Fahrenheit.

Today’s hot yoga is similar – but not identical – to traditional Bikram yoga, which also requires a heated room. However, while Bikram yoga normally features a preordained set of standard yoga poses and breathing exercises, contemporary “hot yoga” tends to be more informal, and is more likely to involve music, interaction, and a wide variety of poses and exercises in varying sequences.

Proponents of hot yoga say that it has the advantage of burning more calories than conventional yoga.  In fact, researchers at Colorado State University report that a Bikram yoga session can rev up your metabolism to the point that you can burn up to 460 calories in a 90-minute class.  Hot yoga also produces more sweat, which helps to flush toxins from the body.

Looking for a way to reduce blood pressure without medication? Hot yoga may help, study suggests

While studies have shown that yoga performed at regular room temperature can lower blood pressure, scientists were curious to see whether hot yoga conferred the same benefits.  In a small study conducted at Texas State University in San Marcos, researchers first divided participants into two random groups.  The first group took twelve weeks of three-times-weekly, hour-long hot yoga classes, while a control group merely carried out their usual activities – which did not include yoga, hot or otherwise.

The participants – sedentary adults between 20 and 65 years – all had elevated blood pressure, for which they took no medication.  Some had readings of 120 to 129 mm/Hg in the top (systolic) measurement, with the diastolic not exceeding 80.  And, others had official prehypertension, characterized by readings of 130 to 139 mm/Hg over 80 to 89. (Incidentally, the systolic reading measures the force of each heartbeat against artery walls, while the diastolic evaluates the force in between beats).

After twelve weeks, the changes were modest – but significant.  Systolic blood pressure in the hot yoga group dropped an average of 5 mm/Hg – from 126 to 121 – while the diastolic decreased from 82 to 79 mm/Hg.  This may not sound like a lot, but the team was encouraged. (Doctors report that even small losses, achieved through various natural means, can add up to substantial reductions).

As a bonus tip: The hot yoga group reported feeling less stress, as well.  As researchers know, stress and anxiety can cause blood pressure to spike.  In contrast, the control group experienced no improvements in blood pressure and no lessening of stress.

Study leader Stacy Hunter, Ph.D., director of the cardiovascular physiology lab at Texas State University, noted that the study showed that hot yoga could be “feasible and effective” in terms of reducing blood pressure without medication.

The research was presented at the American Heart Association’s Hypertension 2019 Scientific Sessions.

The research built upon earlier studies that showed the benefits of yoga on various body systems.  In 2013, a study involving participants with type 2 diabetes showed that yoga can help improve glucose tolerance.

And, a study of Bikram yoga revealed that after 8 weeks, participants had greater flexibility in their lower back, shoulders, and hamstring muscles than those who didn’t partake in the ancient practice.  In addition, yoga is believed to build bone density and help prevent osteoporosis – and even has mood-lifting effects, with The American Psychology Association acknowledging that yoga can help reduce symptoms of depression.

By the way, lowering blood pressure isn’t yoga’s only gift to the heart.  In a research study, including 750 patients with type 2 diabetes and coronary heart disease, presented by the American College of Cardiology, yoga and aerobic exercise together caused twice the reduction in coronary risk factors – such as blood pressure, body mass index, and cholesterol levels – than either yoga or aerobic exercise alone.

The impressed researchers stated that heart disease patients could benefit from learning yoga and incorporating it into their daily routines.

Other natural means of blood pressure control include maintaining a healthy weight, getting sufficient exercise, avoiding excessive sodium, and eating an organic diet high in potassium-rich fruits and vegetables and whole grains.

Of course, don’t stop or reduce prescribed blood pressure medication unless advised to do so by your integrative doctor.  If you’d like to check out a hot yoga class, get the “thumbs-up” first from your medical practitioner first.

You should arrive at the class already well-hydrated – and continue to drink water during and after. Appropriate, lightweight clothing that wicks moisture away from the body is also a “must.” Be vigilant for any signs of heat illness – and stop at the first sign of dizziness or nausea.

When it comes to reducing stress, lowering blood pressure, and supporting heart health, the ancient practice of hot yoga shows evidence of being every bit as beneficial as its “cooler” cousin.  Maybe it’s time to give this hot version a try.