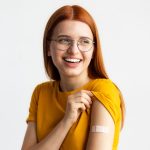 (NaturalHealth365)  Hitting the headlines recently: some hope for the thousands of U.S. troops treated unjustly in the wake of the COVID shot fiasco, pending the moves of Congress.

Unfortunately, American servicemen and women weren’t the only ones negatively affected by the pandemic mitigation measures (vax mandate prominent among them).  One U.S. demographic in particular might have been hit especially hard, according to some claims.

Edward Dowd is reportedly a former Blackrock portfolio manager.  A video of an interview he did with Steve Bannon on his show War Room is currently making the rounds on social media.  In it, he makes some shocking claims based on his analysis of recent mortality data from the U.S. Centers for Disease Control and Prevention (CDC).

In the video, Dowd references a chart (“chart 4”) from the CDC, which he says “shows that the millennial age group 25 to 44 experienced an 84 percent increase in excess mortality into the fall” of 2021.

Dowd continues: “It’s the worst ever excess death mortality, I think, in history.  Just to give you an idea, when you look at chart 4, you see when mandates and boosters hit the acceleration into the fall, and then it reaccelerated into the end of the year.”

Dowd is referring to the spikes in deaths that trend in tandem with the rollout of COVID jab mandates starting around August 2021.

Is it any surprise, Dowd and supporters argue, that these exponential rises in deaths correlate almost perfectly with times when a high number of young people were coerced into taking jabs under threat of termination and financial hardship?

The CDC’s National Center for Health Statistics (NCHS) rebukes Dowd’s claims, saying in an email to “fact-checker” Reuters that the provisional data “should most certainly not be attributed to specific events or causes –  they just represent an overall higher number of deaths in this age group relative to previous years and could be due to any number of different factors (missed COVID-19 deaths, missed emergency care for conditions like heart disease, increases in drug overdose deaths and motor vehicle traffic fatalities, etc.).”

In other breaking news: Bill introduced to Congress would reinstate servicemen and women unethically discharged from military over private medical decisions

It’s clear that more time needs to pass to truly gain clarity on the impact of these shots – as well as the impact of the immoral decision to mandate them for people who simply want to work, participate in society, and feed their families.

But we do see some hope for vindication among a large group of people hurt by jab mandates: U.S. military members who were involuntarily dismissed due to their decision not to receive a COVID jab.

On April 25, 2022, New Jersey Republication Rep. Chris Smith introduced a new bill to Congress.  The bill, H.R. 7570, is intended to “establish certain protections for individuals involuntarily separated from the Armed Forces solely on the basis of refusing to receive vaccinations against COVID-19.”

Rep. Smith has been quoted in multiple news articles, including Insider NJ, as saying that his legislation “will ensure that our brave men and women in uniform who were unjustly punished because of their personal medical or moral decisions receive the benefits they deserve and have the opportunity to continue serving our great Nation.”

If the bill passes the House, it will be sent to the Senate for further deliberation.

(NaturalHealth365)  The telecommunications industry has rolled out 5G connectivity quite inconspicuously.  The END_OF_DOCUMENT_TOKEN_TO_BE_REPLACED