Americans under 25 die at ALARMING rate since COVID shot rollout 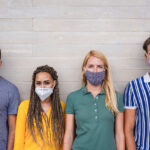 (NaturalHealth365)  In an October 22, 2022 article posted to his Substack, Joel Smalley writes that of the 150,000 excess deaths of Americans under the age of 45 that occurred during the first two and half years of the pandemic, “almost half of those deaths have occurred in the last twelve months.”

Later, writing for Exposé News, Smalley turned his interest to people under 25.  What could explain this alarming rate of excess young adult deaths among this age group?  Certainly, basic virology tells us that new “variants” can’t account for all these excess deaths since, as Smalley writes, “the virus strain that is naturally selected must be the one that is least likely to incapacitate its host, let alone kill it.” So what else, Smalley asks, could explain this concerning trend?

Pulling from data on excess deaths in the United States, Smalley claims in his recent Exposé article that deaths, especially among young health cohorts, “spike in the aftermath of Covid interventions (government policies) more than they do in the apparent emergence of a novel pathogen.”

For example, he notes that by February 2021, roughly one year into the pandemic, about 1,200 under 25s had unexpectedly died.  In the second year of the pandemic, however, another 6,000 under 25s died!  The tipping point, Smalley argues, was February 2021 – when this age group began getting mRNA COVID shots.  He further substantiates his claim by noting that another spike in under-25 deaths occurred months after a “second wave of jabbing,” which peaked in late May. Remember: explaining away these excess deaths with “new variants” does NOT make sense from a basic virology perspective.  And yes, correlation does not prove causation.  But correlation still MUST be evaluated!  Consider Smalley’s salient point that he ends his article with:

“The onus is not on me to prove causation, the onus is on the government and its agencies to disprove it.  In fact, here’s my challenge to the CDC, FDA, HHS, etc., whoever is responsible – prove that none of the 8,000 excess deaths of under 25s in America was caused by your pharmaceutical and non-pharmaceutical interventions.”

Regardless of what you think about Smalley’s hypothesis, we simply cannot ignore nor undermine the harmful effects that government-promoted policies surrounding the pandemic have had on this country.  To make matters worse, the long-term effects of these harms are still yet to be realized.  Who knows to what degree our future generations will suffer thanks to the misguided, reactionary actions of our local and national leaders?

Remember the lockdown lunacy?  We now have official data proving what many lockdown critics feared from the start.  Recent data from the National Assessment of Educational Progress reveals a SIGNIFICANT decline in math and reading comprehension among fourth and eighth graders from ALL U.S. states, with a measly 26 percent of eighth graders showing proficiency in math.

Who will be held accountable for threatening the future of our country?  Are the people who choose not to inject themselves and their children with a brand-new drug to blame?  Or the people who force untested and unprecedented policies on the population at large?

(NaturalHealth365)  First, it was menstrual problems, and now, it’s current and future END_OF_DOCUMENT_TOKEN_TO_BE_REPLACED