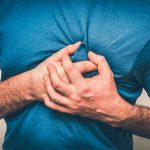 (NaturalHealth365)  Since the COVID shot rollout began, reports of elite athletes suddenly collapsing with heart attacks and other cardiovascular issues have been making the rounds in the news.  The sudden death of young people underscores a grim discovery about these mRNA vaccines: that they can cause a potentially deadly inflammation of the heart, known as myocarditis.

Is heart damage related to these shots more extensive than we realize?  It may take some time before the data is fully clarified, but at least some reports appear to indicate widespread heart health problems in the coming future.

In January 2019, the Journal of the American Heart Association published a study claiming that more kids will be born with congenital heart defects in the coming decade because of … climate change.  What do you think: legitimate science?  Or preemptive damage control for the COVID rollout era – an unprecedented time in which pregnant women, infants, and kids under five years old are being pushed to take these brand new drugs.

Whatever the full story is surrounding future heart defects in our kids, we are already witnessing serious and sometimes fatal heart problems associated with these COVID shots in real-time.  Just look at the tragedy that has been happening within the international football (soccer) community.

According to the Daily Expose, the number of (predominantly male) professional footballers who have collapsed during matches and died of cardiovascular-, immunological-, and/or neurological-related issues in 2021 is 278% HIGHER than the preceding 12-year average.  This observation is not sufficient to prove that the COVID jabs have contributed to the unusual spike in sudden deaths, but the correlation is too dire to downplay.

Like other sports organizations, FIFA has strongly encouraged its players to get vaccinated.  But it’s not just professional athletes who could be at risk of serious and sometimes fatal adverse effects from the COVID mRNA jabs.

A November 2021 paper published in Circulation, a journal of the American Heart Association (written by functional medicine practitioner, cardiologist, and former cardiothoracic surgeon Dr. Steven Gundry) reportedly found that a person’s chances of suffering from acute coronary syndrome (ACS) within the next five years DOUBLES after getting two doses of mRNA jabs.

According to Mayo Clinic, ACS refers to a range of conditions caused by a sudden reduction in blood flow to the heart, including heart attacks.

In his abstract – which was harshly criticized and has since undergone some serious editing to be less “alarmist” – Dr. Gundry reports that the average 5-year ACS risk score among 566 vaxxed cardiology patients reached 25%, compared to only an 11% 5-year ACS risk score that was calculated among those patients prior to their vaccinations.  ACS risk score can be calculated using what’s known in cardiology as the PULS Cardiac Test, which measures various biomarkers of cardiovascular inflammation and “T cell infiltration of cardiac muscle.”

Dr. Gundry’s study has several limitations.  For example, it is only observational and lacks a control group.  But in the context of all the other heart and circulatory issues, we are seeing post-jab, many readers may feel that it warrants closer investigation.