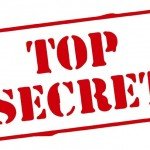 (NaturalHealth365) It’s another dark chapter in the sordid history of big pharma: doctors who did not praise a new anti-inflammatory medication manufactured by Merck were put on a type of ‘hit list’ in an effort to discredit or otherwise harass them. The list was revealed only when a series of emails among Merck executives were utilized during testimony in a 2009 Australian class action suit involving one of the company’s anti-inflammatory medications.

But, was this an isolated incident? Not hardly. In fact, the emails were part of a broader campaign to falsely promote the effectiveness and safety of the drug Vioxx, which was launched in 1999 and voluntarily removed from the market in 2004 amidst concerns it increased the risk of a heart attack. Unfortunately, the potential for similar activities today among drug companies is still very real.

Numerous tactics were used by Merck to paint a rosy picture of Vioxx. If it had not been for lawsuits brought against the company in the U.S. and Australia when its use became associated with increased heart attack and stroke risk, the drug company’s less-than-pure intentions would likely not have been revealed. The risk for increased health complications was so severe that a clinical trial to measure results had to be aborted for safety reasons.

How many more drug companies are following similar practices to boost pharmaceutical sales? Sadly, such activities typically come to light only when large numbers of consumers using the drug begin to show life-threatening symptoms. In the case of Vioxx, Merck settled nearly $5 billion worth of lawsuits in the U.S., back in 2008 alone, while admitting no guilt.

Deceptive ad campaigns are normal business for the pharmaceutical industry

While the emails from Merck executives probably received the most public attention, CBS News and other major media outlets also revealed the company had taken a number of additional steps, all designed as part of a deceptive and aggressive public relations campaign to win over what the company referred to as opinion and thought leaders.

Where dollars and pharmaceuticals are concerned, it appears big pharma is more than willing to re-shape the truth. Legal action over Vioxx brought to light a number of deceitful acts by Merck, including:

The lengths to which big pharma will go to escalate sales of pharmaceuticals may be so outrageous as to be amusing on the surface. But the grave consequences that can follow serve as a reminder that this is not a game.

Drug companies have repeatedly shown they are focused on profits over human health and even human lives. The only remedy for consumers is to rely on these medications as little as possible, and instead turn to natural remedies, diet and lifestyle changes to reduce the risk of disease and address health concerns without toxic drugs.

(NaturalHealth365) Antibiotics are a popular class of drugs that the U.S. Centers END_OF_DOCUMENT_TOKEN_TO_BE_REPLACED

(NaturalHealth365) Greater than 3,000: that’s how many new cases of acute lymphoblastic leukemia (ALL) END_OF_DOCUMENT_TOKEN_TO_BE_REPLACED