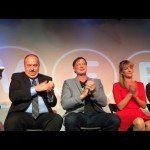 (NaturalHealth365) Spurred on by the growing popularity of the documentary Vaxxed: From Cover-Up to Catastrophe, the Centers for Disease Control and Prevention (CDC) is said to be planning a major campaign to dispel growing skepticism over safety of the MMR vaccine.

Those closest to the documentary have shared that they have strong reason to believe the CDC will release ‘reworked’ MMR research data and that the agency has bought off whistleblower Dr. William Thompson, who remains with the agency.

The forecast of a CDC propaganda machine is likely related to the failure of vaccination zealots to effectively repress the documentary.  Instead of being censored into obscurity, the film has garnered growing attention. This unanticipated turn of events has likely served as the catalyst for the agency’s next move, which will not only include “reanalyzed” data, but a PR strategy to spoon-feed the “new” findings to the mainstream media and the public.

Dr. William Thompson, subject of the documentary film, was the CDC whistleblower who publicly confessed to being a part of a scientific fraud at CDC to alter data linking vaccines to autism in African-American boys. Rather than silence the documentary, attempts at censorship by vaccine stakeholders have served only to build awareness of the documentary’s significance.

Following the recent showing of Vaxxed at the Manhattan Film Festival, those closely involved in the film’s development held a panel discussion. (And, yes, I was there)  Panel member and bioengineer Brian Hooker, Ph.D., revealed that in recent conversations with Dr. Thompson, he had learned that the CDC had provided Dr. Thompson with strong incentives in exchange for staying with CDC.  Dr. Thompson’s continued employment at CDC is critical for the agency to roll out a “reanalysis” of the data, eliminating any link between autism and the MMR vaccine.

You can hear what Dr. Hooker and his fellow panel members had to say by watching this video of the panel discussion.  Note: Comments and warnings by Dr. Hooker are from 22:55 to 25:35.

We MUST share this video with as many people as possible. Thanks!

We are witnessing the greatest medical fraud of our time

To summarize: “Unfortunately, Dr. Thompson is handled and will most likely submit a revised version of his analysis and try to absolve the MMR vaccine in May of 2016,” Dr. Hooker told those assembled. “This is typical of what we’ve seen of the CDC. The CDC analyzes data and when they see an effect that they don’t like, they reanalyze data and the effect goes away. The CDC has done this historically, from Agent Orange to thimerosal, now to the MMR vaccine.”

Dr. Hooker went on to say that while he did not want the day to come when the CDC released its new version of the same data, he also knew the writing was on the wall. “In exchange for what Dr. Thompson is doing, I believe – and this is a little bit shaky – I believe he will get his own autism research foundation and so there has been some very, very dubious activities that went on because he stayed in the CDC. He also got a major cash award from the CDC for maintaining his employment, he said, until he qualified for retirement. But there are a lot of things that have happened since the last conversation that I had with Dr. Thompson, which was in September of 2014,” explained Dr. Hooker.

He told those in attendance that he wanted to warn them and allow them to anticipate the CDC’s next move. “But again, it’s the same thing that we’ve heard and we’ve seen from an agency that’s been completely captured by the pharmaceutical industry, and is there not to tell the truth, but in order to manipulate the public in order to do what they think is the best thing to do for society.”

Searching for truth amid censorship, spin and malfeasance

Also speaking from the panel, respected vaccine safety advocate Mark Blaxill told those in attendance, “The medical-industrial complex cannot govern itself.” He went on to describe a world in which civil, polite people are put into position to do things that, “feed the interests of the bureaucracies and the corporations that they are a part of. It’s an economy of influence and everybody scratches everybody else’s back, and it is all around us.”

While censorship of Vaxxed undoubtedly has not gone as its detractors predicted, questioning so-called authoritative agencies and revealing the truth to the public about vaccine safety while going up against the wealthy pharmaceutical industry, is a formidable task. In describing the public’s lack of knowledge on the issue of vaccine safety, Blaxill said, “You ultimately get the news that your advertisers pay for in the long run. So, you have the revolving door from the agencies to the pharmaceutical companies. You have payoffs between the pharmaceutical companies and inventors and experts.”

He concluded by calling on the assembled to join in the fight. “This is destroying a generation of children. Half of American children have a chronic health condition.”

(NaturalHealth365)  In certain parts of the country – namely, states with no END_OF_DOCUMENT_TOKEN_TO_BE_REPLACED