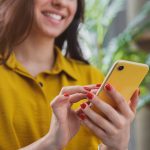 (NaturalHealth365)  More than 90 percent of American adults own a cell phone, making this mobile digital technology the most rapidly adopted consumer technology in world history, according to the Pew Research Center’s Internet and American Life Project – and these numbers are on the rise.

While cell phones certainly make it easier to keep in touch with friends and family, to look up the nearest 4-star restaurant, and to navigate your way to new destinations, this seemingly benign technology isn’t quite as benign as you might think.

While most people don’t think twice about using devices that expose their bodies to radiation in the form of radiofrequency waves or RFR, a spate of recent studies suggest that the widespread use of wireless technology presents a range of severe health risks.  From increased incidents of malignant brain tumors to nervous system damage, DNA toxicity to compromised immune function – more than 1,800 studies indicate that wireless technology poses many threats to users, leading the BioInitiative Working Group to describe wireless as “an unregulated experiment … on health and learning”.

Wireless technology sends messages through RFR or a band of radiation ranging from 3 kHz to 300,000 MHz.  While people have regularly been exposed to RFR for more than a century, in the past decade, the amount of exposure has grown exponentially – thanks to the proliferation of cell phones, cell towers, and a variety of wireless devices.

Anytime someone uses a cell phone, laptop, tablet, or another device that utilizes Wi-Fi, they’re exposed to RFR.  But it’s not just users that are exposed; with about 5 million cell towers worldwide and growing, according to Scientific American, and smart-grids, Wi-Fi, Wi-Max and a vast array of commercial uses across sectors – it’s almost impossible to avoid exposure to the electromagnetic fields created by these devices.

What are the health effects of wireless exposure?

As exposure levels reach new highs and continue to increase, health organizations and researchers worldwide are paying attention.  For example, a meta-report from the BioInitiative Working Group, a group of 29 independent scientists, reviewed the content and implication of about 1,800 scientific studies on the health effects of RFR exposure.

The results were sobering.  Overall, the report found that:

68% of RFR studies indicate nervous system effects, an increase of 5% from just two years ago.

In addition, specific studies evaluated by the report linked RFR and ELFR exposure to an increased risk of:

How can consumers avoid these health effects?

The race for wireless coverage may provide convenience, but detrimental health effects are too high of a cost.  Seeking out wired alternatives, limiting phone call length, keeping devices off the lap, limiting wireless tech device use – especially amongst children – and using speaker options rather than holding phones up to the head offer some protection.

In addition, the World Health Organization recommends keeping wireless devices at least 30 to 40 cm away from the body at all times during use to minimize RFR and ELFR exposure.  If you have a cordless phone, at home, replace it with a corded telephone – it’s much better.

(NaturalHealth365)  The telecommunications industry has rolled out 5G connectivity quite inconspicuously.  The END_OF_DOCUMENT_TOKEN_TO_BE_REPLACED

(NaturalHealth365)  For years, doctors have claimed that an annual mammogram is the END_OF_DOCUMENT_TOKEN_TO_BE_REPLACED