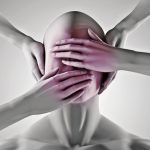 (NaturalHealth365) Human papillomavirus, the most common sexually transmitted disease, usually resolves on its own. In rare cases, however, HPV leads to cervical cancer. HPV vaccines, such as Gardasil, are touted by many mainstream medical authorities as a way to prevent cervical cancer. But, could the vaccination actually be having the opposite effect?

A new study raising just this possibility was recently published in a well-regarded medical journal. Soon after, it was officially retracted by the journal’s editors – because the author, fearing repercussions from those opposed to any questioning of vaccines, used a pseudonym.

In an article published April 30, 2018 in the Indian Journal of Medical Ethics (IJME), the author (who identified himself as Lars Andersson, of the Department of Physiology and Pharmacology at the prestigious Karolinska Institute in Sweden) pointed out that the Centre for Cervical Cancer Prevention in Sweden had noted in its annual report that there had been a substantial increase in incidence of invasive cervical cancer – especially during 2014 and 2015.

The increase was shown to be most prominent among women aged 20 to 49 years, who were of an age to have received the HPV vaccinations.

In addition to suggesting that increased HPV vaccination rates were associated with an increase in cervical cancer, Andersson maintained that a U.S. Food and Drug Administration (FDA) analysis of Gardasil in 2006 showed a higher risk of “premalignant cell changes” from the vaccine in certain groups that had been exposed to some HPV strains.

After the article’s publication, however, there followed a somewhat whiplash-inducing chain of events.

A week after publication, the IJME editors removed any mention of the Karolinska Institute from Andersson’s article.

In a published comment, the editors stated that they had made the deletion after being informed by the Institute that no one by the name of “Lars Andersson” worked there.

At this point, the author had proceeded to make his real name known to the editors – under the premise of confidentiality.

In addition, they reconfirmed the article’s conclusion – that there was “a possible association of the HPV vaccine with increased incidence of carcinoma cervix.” They also agreed with the author that more research is needed.

The editors decided to retain the article.

At this point, the entire editorial board – and other interested parties – began to second-guess the decision and questioned the wisdom of allowing the article to stand.

Ultimately, the editors decided against tolerating the authorial deception – although they still assess the article as correct. On May 8, 2018, the IJME retracted the article, while continuing to call for more exploration on the article’s subject.

Natural health experts say that human papillomavirus vaccines such as Gardasil and Gardasil 9 have been linked with a variety of adverse and potentially devastating effects, including premature menopause, severe ulcers, infertility, chronic pain and paralysis.

Even the manufacturers acknowledge that Gardasil can cause redness, swelling and pain at the injection site, along with nausea and vomiting.

Moreover, Gardasil and Gardasil 9 both contain aluminum as an adjuvant, or additional ingredient intended to make the vaccine more effective. Aluminum is a proven neurotoxin, with more than 1,600 peer-reviewed scientific documents attesting to its hazards.

As if this weren’t alarming enough, HPV vaccines also contain polysorbate 80 – which is known to cause encephalitis, anaphylactic reactions and multiple sclerosis.

Vaccine proponents say that there is ‘solid evidence’ that the HPV vaccine reduces the risk of precancerous and cancerous lesions in women. On the other side of the debate, critics point to adverse effects and possible increased cancer risk.

So, while the controversy continues to rage, educating yourself as to the possible risks and benefits of vaccination clearly remains the best policy. In addition, no doubt, a trusted and knowledgeable integrative doctor can help you make an informed decision.

(NaturalHealth365) Over five million Americans are currently living with Alzheimer’s disease. While END_OF_DOCUMENT_TOKEN_TO_BE_REPLACED