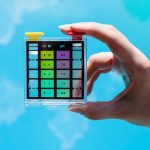 (NaturalHealth365) The dangers of chlorine exposure (and toxicity) are well-documented.  For example, ingesting chlorine can cause oxidative stress within our cells, arterial damage, compromise immune function and destroy the fatty acids essential to heart health.  But, a study confirms how we can neutralize the threat – safely and effectively.

Don’t ignore the obvious truth: the suppression of cellular oxygen by chlorine can also lead to acidosis – which increases the risk of cancer plus many other degenerative diseases.

You can be exposed to chlorine from many sources, mainly from tap water. Even if you filter it for drinking, you’re still at risk in a shower or swimming pool.  In addition to entering through the skin, chlorine is also misted into the air where it can be inhaled – which is a particularly high risk for indoor pool swimmers or those showering inside enclosed shower stalls.

WARNING: Chlorine is toxic to every living organism

Chlorine often causes respiratory illnesses in the wintertime in people who live in households where humidifiers are used. This is because as the water is released into the air, chlorine gas is released as well.

Despite all of these health hazards, chlorine remains the standard chemical used to sterilize water supplies worldwide. While chlorine does kill microscopic parasites, bacteria and waterborne diseases like cholera effectively, it is also contributing to the risk of cancer and heart disease.  This is because chlorine is toxic.

The dangers of chlorination were first evident in the 1950s during the Korean civil war. Soldiers were given chlorine tablets for their canteens. However, the young men quickly developed severe cardiovascular diseases. More died from heart disease within the next decade or so than from combat.

While it’s clear that avoiding chlorine is the best idea, it can also be neutralized with vitamin C. Vitamin C, or ascorbic acid, chemically destroys chlorine.

However, the reverse is also true; chlorine destroys vitamin C. In effect, they cancel each other out.  Therefore, taking in more vitamin C than chlorine is key to reaping the benefits of vitamin C against chlorine.

Just one gram of vitamin C can neutralize 100 gallons of water with 1 PPM (parts per million) of chlorine. (1 PPM is standard for U.S. drinking water, although it can legally be up to 4 PPM chlorine). The neutralization effect is invisible and immediate.

Yet another reason to take vitamin C daily

It should be noted that adding vitamin C to tap water doesn’t automatically make it safe. This is because water can potentially contain an array of other contaminants such as fluoride, pesticides, heavy metals and pharmaceutical drugs.

THMs (trihalomethanes) caused by chlorine reacting to organic compounds in water can also pose a hazard, as researchers are uncertain if vitamin C has an effect on them.

But, simply put, taking enough vitamin C (regularly) can boost your immune system and health on many levels.  One can only hope that water treatment plant and pool facility managers will read this and do something about this environmental risk factor.

(NaturalHealth365) Sepsis, a body-wide bacterial infection, is a dangerous condition that can END_OF_DOCUMENT_TOKEN_TO_BE_REPLACED

(NaturalHealth365) Vitamin C is being hailed as a safe, inexpensive and effective END_OF_DOCUMENT_TOKEN_TO_BE_REPLACED