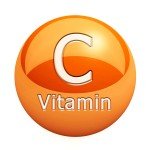 (NaturalHealth365) According to the U.S. Centers for Disease Control and Prevention (CDC), over 25 million Americans will develop a gastric ulcer at some point in their lives. Although most ulcers can be successfully treated, in rare cases untreated gastric ulcers can cause life-threatening complications – including internal bleeding, perforation of the stomach lining and peritonitis. If conventionally-trained physicians only knew more about how vitamin c can help – they could help so many more people.

Vitamin C is currently impressing researchers with its ability to eradicate the Helicobacter pylori bacterium (H. pylori), the primary culprit behind most ulcers, thereby helping conventional antibiotics pack a more powerful “punch” – and, quite possibly, reducing the need for them in the first place.

Let’s take a closer look at how all of this works to defeat H. pylori…

H. pylori may infect four out of every ten people

With a great ability to thrive inside the stomach, H. pylori infects between 30 to 40 percent of the population in the United States. While many people become infected by contaminated water and food, the infection can also be passed by sharing eating utensils, close contact (i.e. kissing) or by simply having too little stomach acid due to age-related issues or the use of antacids.

In most cases, the infection causes no signs or symptoms – and it can lie dormant for years.

However, some people develop ulcers as a result of H. pylori infection.

Ordinarily, the stomach’s powerful acids defend against pathogens. However, H. pylori is protected by an enzyme called urease, which can neutralize stomach acid when it reacts with waste materials. This process allows the bacteria to penetrate the mucosal layer – which protects the stomach lining from its own acid.

In response to the infection, the stomach produces even more acid. Not only does this cause indigestion and heartburn pain, but an ulcer can result.

In a 2009 study published in Helicobacter, 160 patients infected with H. pylori were split randomly into two groups.

The second group received the identical drugs in the same dosages for the same amount of time – with one essential difference. They were also given daily divided dosages of 1,000 mg of vitamin C and 800 IU of vitamin E.

60 percent of the first group experienced eradication of H. pylori – a result somewhat lower than the 80 percent considered by researchers to be the benchmark of success.

However, the eradication rate in the group receiving the vitamins was a resoundingly successful 91 percent, leading the team to conclude that adding vitamins C and E to antimicrobial therapy is effective in eradicating H. pylori.

The impressive results show that vitamin C can help combat H. pylori early in the infection, before complications develop. This benefit takes on new importance in light of research recently published in Gastroenterology, in which researchers noted that H. pylori is a risk factor for stomach cancer.

In the study, which involved over 80,000 ulcer patients, the team found that patients with gastric or duodenal ulcers who received late treatment were at increased risk for stomach cancer – while those who had eradicated their H. pylori infection early on had no increased risk of stomach cancer as compared with the general population.

Although researchers aren’t sure why some people with H. pylori develop ulcers and others don’t, some theorize that a diet rich in probiotic foods can keep the bacteria at bay.

In addition, it’s also wise to avoid long-term use of aspirin and other nonsteroidal anti-inflammatory drugs (NAISDs). Along with h.pylori, the overuse of NAISDs tend to be the primary cause of ulcers – especially if taken on an empty stomach.

This new research on vitamin C and its ability to fight H. pylori is the latest feather in the cap of this versatile substance. Thankfully, more and more Integrative healthcare providers are using high doses of vitamin C to treat H. pylori, heart disease, heavy metal toxicity and sepsis.

With digestive issues on the rise, be sure to share this news with someone you love – today!

(NaturalHealth365) The U.S. Centers for Disease Control and Prevention (CDC) “estimate” that END_OF_DOCUMENT_TOKEN_TO_BE_REPLACED

(NaturalHealth365) Sepsis, a body-wide bacterial infection, is a dangerous condition that can END_OF_DOCUMENT_TOKEN_TO_BE_REPLACED