Ascorbic acid is a potent antioxidant that fights infection, according to the U.S. government 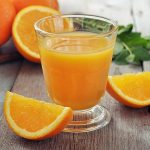 (Naturalhealth365) With the rise of “superbugs” such as MRSA, antibiotic resistance has been deemed a public health crisis by the World Health Organization – and claims 23,000 lives a year in the United States alone. Amazingly, the key to defeating this – and other – serious threats to health (including sepsis, pneumonia, drug-resistant tuberculosis and even  cancer) could very well lie with an inexpensive, non-toxic nutrient: ascorbic acid, also known as vitamin C.

Yet, you won’t hear about it from the mainstream medical establishment, which has consistently downplayed vitamin C’s therapeutic powers. Making the situation even more frustrating is the fact that government health agencies readily admit that ascorbic acid has potent infection-fighting powers.

For years, natural health experts have tried to alert the medical establishment to the astonishing potential of ascorbic acid. Thomas E. Levy, MD, JD, a board-certified cardiologist, maintains that this common nutrient can deliver lifesaving results – when administered in sufficiently high doses.

The team, led by William Jacobs, Ph.D., a professor of microbiology and immunology at the prestigious Albert Einstein College of Medicine, knew that mycobacterium – the type of bacteria that causes TB – is becoming resistant to isoniazid, a leading tuberculosis drug.

The researchers found that a combination of vitamin C and isoniazid was able to completely sterilize a cell culture that included MDR-TB (multi-drug-resistant tuberculosis bacteria) and XDR-TB, an even more resistant strain.

The researchers even identified the nuts and bolts of the mechanism by which vitamin C destroyed the resistant strains of mycobacterium – a Fenton reaction, in which iron reacts with other molecules in order to produce reactive oxygen species that kill bacteria.

The impressive results of the study gave the team the ammunition they need to pursue vitamin C studies on humans. “There is now a rational basis,” announced Prof. Jacobs, “for doing a clinical trial.”

Other research has shown that vitamin C deficiencies are linked with pneumonia – and that supplementing with vitamin C can have profound effects on the disease.  In one study, researchers found that vitamin C cut hospitalization by a third – and caused normalization of chest X-rays, temperature and ESR (erythrocyte sedimentation rate) in pneumonia patients.

Vitamin C protocol defeats sepsis, the most common cause of death in hospitalized patients

Sepsis, a body-wide infection, features a mortality rate of 30 to 50 percent – and kills millions of patients worldwide every year.  Dr. Levy reports that Dr. Paul Marik of the Eastern Virginia Medical School has achieved “astonishing” results with vitamin C.

The protocol involves 1.5 grams of vitamin C given intravenously every six hours for four days, along with hydrocortisone and thiamine, a B-complex vitamin.  And, when it comes to sepsis mortality, it appears to be a game-changer.

(With these impressive results, there would appear to be no reason for any doctor or hospital to withhold or deny this treatment. If you or a loved one develops sepsis, Dr. Levy advises demanding that Dr. Marik’s vitamin C protocol be instituted immediately).

In spite of lifesaving results such as these, the mainstream medical establishment has not exactly embraced the use of high-dose vitamin C.  Sadly, many physicians point to studies conducted in the 1970s, some of which showed little or no benefit to vitamin C therapy.

But, vitamin C proponents say they know why this is. In order to be effective, vitamin C should be administered in mega-doses. Not only were the studies poorly designed, but they utilized extremely low dosages.

Another reason for the reluctance to advise vitamin C might be the perception that supplementing with high doses can cause kidney stones and even kidney and liver damage.

But, Dr. Levy maintains that studies have not supported this – and adds that vitamin C has no defined toxicity at any level.

In fact, The American Society of Health System Pharmacists reports that a 2009 study of 45,000 participants showed that vitamin C intake was not significantly associated with the risk of kidney stone formation.

And, the National Center for Biotechnology Information states: There is “no evidence that vitamin C causes acute liver injury or jaundice.”

(However, just to be safe, if you have a history of kidney stones or liver problems, speak with an integrative healthcare provider before using vitamin C.)

Mainstream medical authorities (grudgingly?) acknowledge at least some of the powers of vitamin C

The National Center for Biotechnology Information (NCBI), a branch of the National Institutes of Health, maintains databases relevant to biomedicine. In the NCBI Compound Summary on vitamin C, the agency states that vitamin C is an antioxidant that “fights bacterial infections” and “helps to neutralize toxins.”

The NCBI cites an excerpt from the Physician’s Drug Reference for Non-Prescription Drugs, Dietary Supplements and Herbs, crediting vitamin C with properties against a list of diseases that include atherosclerosis, cancer and high blood pressure.

The National Cancer Institute, another government agency, agrees that vitamin C is a potent antioxidant that counters the damaging effects of oxidation – and states that it may combat cancer through enhancement of the immune system and through stimulation of collagen that helps “wall off” tumors.

With these apparent endorsements, it is truly puzzling that the potential of vitamin C is not more widely explored.

The RDA for vitamin C is laughably low

The current RDA for vitamin C for adults is a paltry 75 mg for females – roughly the amount of vitamin C in one large orange – and 90 mg for males. According to natural health experts, this dosage is enough to ward off scurvy – but not much more.

In other words, it is not nearly enough to confer protective and therapeutic benefits. In fact, many integrative healthcare providers have one word for this recommendation: a “joke.”

Dr. Levy recommends a “multi-C protocol,” with the vitamin administered steadily in multi-gram dosages throughout the day.

In fact, Dr. Levy maintains that acute infections could require up to 50 to 100 grams of vitamin C a day. He recommends 1 to 5 grams (1,000 to 5,000 mg) a day of liposome-encapsulated vitamin C – along with dosages of ascorbyl palmitate. In some cases, he may recommend intravenous vitamin C in the amount of 25 to 150 grams per day.

In spite of the fact that government agencies list vitamin C’s healing properties in black and white, Western medicine has been slow to accept this safe, non-toxic natural solution for infections and disease.  Hopefully, one day, this will all change.

*And, yes, your purchase helps to support our operations at NaturalHealth365. Thank you.

Protect your heart health with quercetin

(NaturalHealth365) The U.S. Centers for Disease Control and Prevention (CDC) “estimate” that END_OF_DOCUMENT_TOKEN_TO_BE_REPLACED

(NaturalHealth365) Far too many Americans are deficient in vitamin D, an important END_OF_DOCUMENT_TOKEN_TO_BE_REPLACED